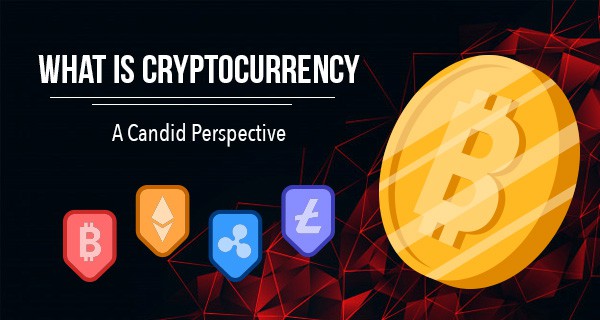 Before understanding what cryptocurrency is, we need to understand a little about the blockchain technology behind it.

The technology behind cryptocurrency

With the current trend of utilizing blockchain as an immutable ledger of transactions, there is a growing precedence of traditional businesses like finance, logistics, and accounting levitating towards the adoption of this said technology.

Blockchain’s most common use case is as a store of value, giving birth to cryptocurrencies. The common ground between fiat and cryptocurrencies is in its ascribed value concept. Currencies only have value if there is perceived value in the first place; in short, there is only value IF enough people THINKS it has value.

Fiat currencies have value because the various government gives it value, promising an asset like gold is backing the value. Cryptocurrency, in turn, is entirely based upon market psychology, it derives its value from the collective value projection of the market.

Fiat currency’s fallacy is in its centralized value decision matrix. Government Central Banks can directly intervene by issuing a new currency to manipulate the fiat valuation. The asset-backed reserve ratio is also determined by the said central banks themselves, cumulating in a monopolistic control and grip over fiat’s value.

The asset-backed aspect is also a façade in itself, using gold as an example. Gold only has value because people THINKS it is valued based on its scarcity and tradition. If one day, someone discovered a way to create gold from lead, what will happen to the gold price and indirectly those currencies backed by gold?

Honestly, what IS Cryptocurrency?

Cryptocurrency touted as decentralized and trust-less storage of value. It is not controlled by a centralized entity and has a finite supply. All the above argues that cryptocurrency is an excellent store of value with no manipulation possible; it is a utopic representation of value.

The above arguments are valid from an academic point of view, but atlas, the real-world application, is a vastly different scenario altogether.

There are a lot of crypto companies issuing their very own currency, which they sell as decentralized and trust-less; fundraising flourished during the initial period when the majority of the human population is still fresh to the blockchain concept.

Their decentralized argument is pure garbage as most projects own the majority of the tokens minted from the onset, giving them absolute control over token supply. The tokens issued on another blockchain are the most susceptible to integrity issues because the costs of publishing them are meager. The highest costs incurred are the fees paid to put up faces of random ‘famous’ advisors to garner more trust and funds from unsuspecting investors. I know this because I used to be one of these advisors.

Are their cryptocurrencies safe to invest in?

Coins, on the other hand, develop their own blockchain, with their proof-of-something as an incentive for contributing to their hash rate system. The costs associated with creating a blockchain are higher then issuing tokens on an existing one, so there is at least a lower tendency to exit scam. These costs do not absolve coin issuers from exit scamming, so take heed. Coin exit scams are usually HUGE in scales compared to Token exit scams, only due to the fact more money is invested into building the first product.

Lots of these crypto companies are nothing but scams, raising funds and disappearing after a while, leaving investors with the useless coins and tokens. The silly ones pulled an exit scam as soon as they could and got sued by the collective investors and governments.

The smarter companies stayed around, channeling the funds towards so-called investments and other vehicles to ensure they are safe from prosecution legally. The founders of these projects still live the high life these days, as their amassed funds are enough to sustain them for a long, long time.

On the bright side, there are honest and valid projects, who are working their way, building a sustainable blockchain product, but these are far and few. I personally knew quite a few of these guys, and I have the utmost respect for these honest folks.

Back to cryptocurrencies, another pain point faced by the market currently is the centralized entity and control aspect. I am a Bitcoin bull by nature, as I believe in its value immensely. Regrettably, I cannot concur as such on the free market argument of Bitcoin. Bitcoin whales controlled bitcoin in its current stage. These are individuals with control over vast stockpiles of Bitcoin, with the power to control market prices.

Decentralization and immutability of the Bitcoin network is the technology. The supply and demand determined the bitcoin market value. These are two vastly different concepts altogether. As I have argued initially, the utopic scenario of a perfect market psychology-controlled value of Bitcoin is non-existent at this juncture. The whales have the power to control price movements simply because a few individuals or corporations control the total market capitalization.

If there is human entity involvement, there is never going to be a market that is free from manipulation and control.

It is just a matter of time that more shops will accept bitcoin and cryptocurrency as one of the payment modes.

As far as Bitcoin is concerned, this is ironically also the reason why I am a strong Bitcoin bull.

No matter how dark the machinations of the Bitcoin whales, they have one ultimate goal in mind.

A million-dollar per bitcoin valuation.

We are an online shopping site that accepts bitcoin and cryptocurrency as payment. A rampant issue in the eCommerce platform space is a lack of fiat and cryptocurrency utility. Btega seeks to offer daily lifestyle products on a multi-currency platform that practices equality, integrity, and accessibility.

Spend your bitcoin with us!